Ten things to watch this summer to learn something new 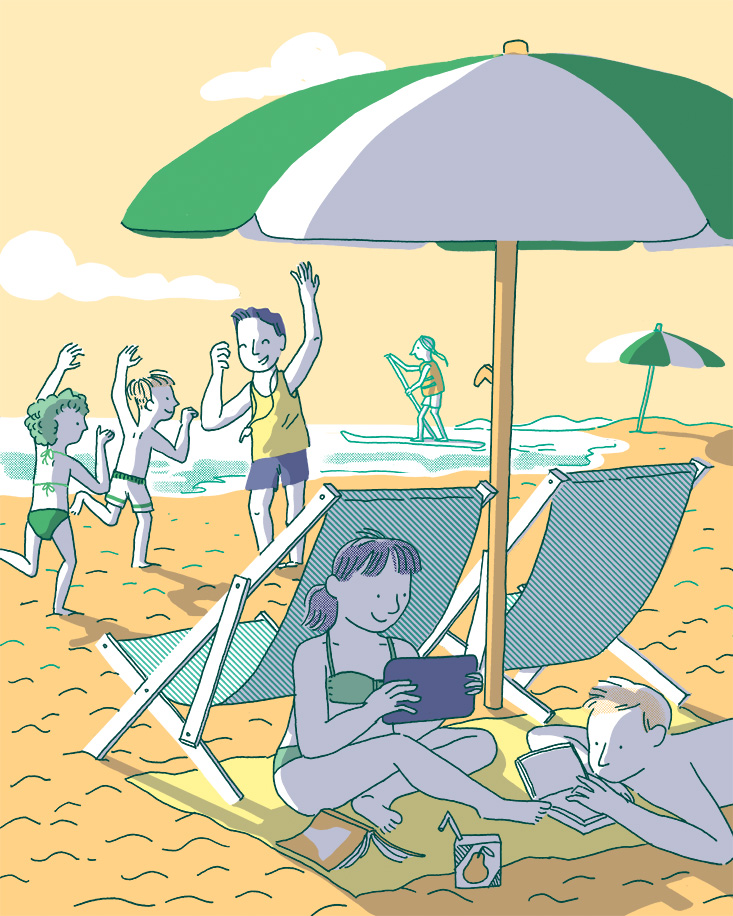 August and the summer slowdown creates just enough mental space to fit in new things, new stories and new ideas. Even if you aren’t on vacation, there are many chances that your daily schedule will be different and less busy than in the rest of the year. So why not take a short and refreshing bite of something new, maybe on a subject outside of your working field?

From science to psychology to sociology, here are 10 things to watch even when half of your brain is asleep, and the most tiring task you feel able to cope with is tapping on the PLAY button. I’ve chosen them for their outstanding ability in summarizing and communicating complex subjects while maintaining a unique style and tone of voice. All of this without being too long to watch (between 4 and 60 minutes).

Until some time ago, I didn’t have any 9-million-followers channel in my Youtube favourites (probably because I don’t follow any pop star channel, I’m not a gamer… and I’m old). Kurzgesagt is a German animation studio and design agency founded in 2013. Both through their portfolio and in the Youtube channel, their distinctive visual style, made of rounded shapes and tech-inspired colour palettes, remains consistent and recognizable. In just 8 minutes, this video breaks down everything you need to know about homeopathy: its history, how homeopathic drugs are prepared, why it works (yes, it works, but it’s better to see the video to understand how).

During these past years you’ve surely watched at least one TED Talk or TEDx online, but maybe you didn’t know the TED Ed channel. Entirely composed of animations and meant to be an educational tool for teachers, TED Ed’s videos feature a huge variety of visual styles. This stylistic choice, at the opposite of Kurtzgesagt, still makes perfect sense: the gigantic collection of 1000+ short videos has been designed like an ever-growing library, where the form of each book is less important than its content. This 4 minutes video gives an overview about the overfishing and aquaculture problem and looks like the animated version of a Sixties’s textbook. Another fascinating playlist on the channel is the History vs., a series of imaginary trials discussing historical figures such as Christopher Columbus, Napoleon or Che Guevara, to stimulate critical thinking and learning to put things into context.

I think I’m not the only one to ask herself “How the heck they filmed this scene in (insert name of a naturalistic documentary here)?”. This is a lesson of patience and mental strenght from the crews who filmed “Our Planet”. In a wider sense, I’ve taken this as a homage to the hard – and often invisible – job made by all the women and men who make the entertainment industry possible: photographers, video-makers, technicians, animators, illustrators and so on.

How many times did you read in the press “A recent study, published in the journal X, affirms that…”. How do we know if these studies, cited in the breaking news, are reliable or not? David Louapre, a French researcher in physics, provides an easy-to-understand explanation about scientific journals and how do they work, and gives us some clue on how to analyze a scientific study from an objective, data-based perspective.

Tu mourras moins bête – “You’ll die less stupid”, a French idiomatic expression – was born as an humoristic (yet science-based) blog, created in 2008 by the French cartoonist Marion Montaigne. Since then, it has been adapted on comics and became a cartoon in 2016, broadcasted by Arte TV.  Each episode, about 3 minutes long, focus on a question: is it true that we use only 10% of our brain? Why does my baby drool so much? I like it for its quirky, sometimes biting humour and the cynism of Professor Moustache (it’s definitely a cartoon aimed at teens and adults).

Pierre Bordaberry, the author behind Psykocouac, is a cognitive psychologist working between Bordeaux and Toulouse. I honestly don’t know if he named the channel Psykocouac after the Pokemon or because, in French, a couac is a slang word for “wrong note, discrepancy, misunderstanding”. Anyway, his goal is to provide information about mental diseases to prevent and recognize them. The contents are based on the author’s own experience and knowledge as a therapist but also on health authorities’ recommendations. He explains mental diseases in the same way a non-specialist could explain this to a friend during a casual conversation over a beer, taking away the stigma around mental health and using only everyday words, slang and stickmen drawings. “Why can’t you just say to us if screens are bad or not for kids? Well, the first reason is that the world is f**king complicated”

8. Explained – “Why Women Are Paid Less”

An eye-opening, short documentary to understand the historical roots of the gender pay gap. Amongst other things, you’ll discover how Rwanda became, after the 1994 genocide, one of the most advanced countries in term of gender equality (even if this policy was adopted out of necessity).

Similarly to the movement “Who made my clothes?” (born to report upon the conditions of textile workers around the world), this episode of Chef’s Table could be called “Who cooked my food?”. Restaurant’s kitchen in all developed countries, right after construction sites and farms, are the places who rely the most on immigrants workers – the majority of which undocumented. Cristina Martinez is one of them. Despite the fact that she worked in restaurants since her arrival in Philadelphia ten years ago, and the fact that she runs a successful restaurant with her husband Benjamin Miller, she was denied her US Visa twice because of her illegal crossing of the Mexican border.

This episode of season 5 shows how the subject of food, if looked from a wider perspective, represents more than recipes, spectacular TV-shows, techniques and elegant restaurants. It becomes memory, community, home, emancipation. More importantly, it opens the way for discussing social issues.

This is the final cherry on the cake. I’ve put it in the last position because it’s not a documentary, nor an educational video; it falls more in the satyric genre. I picked it because of Bruno Bozzetto‘s ability in telling us a depressing truth (Nature will continue to thrive, with or without the mankind) with his typical lightness, wit and minimalism. “Grasshoppers” came out in 1990 and got an Oscar nomination for Best Animated Short Film. Studio Bozzetto, founded in 1960, is still operating in Milan today.

Previous A meal kit won’t save us
Next A third of the food produced globally is wasted. How come?

We use cookies to ensure that we give you the best experience on our website. If you continue to use this site we will assume that you are happy with it.OkNoRead more